Unsettled weather patterns carry with them a unique set of warnings and watches. In Oil City, an emergency siren mounted on the roof of City Hall is used to alert local residents of an impending weather issue. The siren system is activated for specific hazards that could seriously affect city residents. Different types of emergencies prompt different siren tones.

The siren tone identified as "alert" (a steady tone) will sound for 90 seconds, followed by an approximate two-minute pause, and then another 90-second "alert" siren.

The siren tone identified as "wail" (an up and down traditional siren tone) will be used to warn the public of life-threatening flooding in the Oil Creek Valley or the Allegheny River Valley near the business district. The siren tone will last for 90 seconds, followed by an approximate two-minute pause, and then another 90-second "wail" siren.

When the threat has lifted, a slow-rising siren tone lasting approximately 15 seconds will be activated.

A watch is issued when storm meteorologists at the National Weather Service determine that severe thunderstorms or tornadoes are possible. These watches are generally issued for large areas, such as all of western Pennsylvania. A watch means to continue normal activities but to keep an eye on the sky.

A warning is issued when severe weather or tornadoes are actually occurring. Warnings are generally issued for very small areas, such as a single county or groups of two or three counties. When a warning is issued, people should take cover immediately if they are in the path of the storm.

Tornado conditions have been observed or are imminent based upon radar information.

There are storms producing straight-line winds of 57 mph or greater, hail of one-inch diameter or greater, and/or conditions capable of producing a tornado.

Streams, creeks, or urban waterways are flooding or will be very soon.

The Oil City Fire Department offers training in first aid, CPR, and STOP THE BLEED. Contact us for more information. 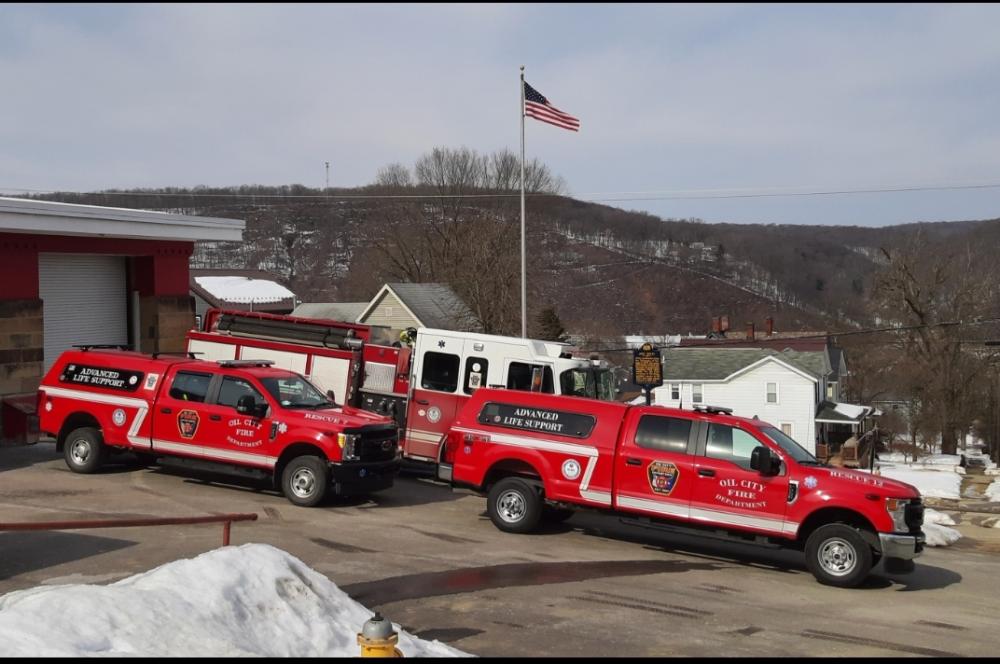 Get connected by Swift911, the #1 way to receive notices and information about community emergencies. Sign up today!